We welcome you to learn more about the Hmong culture while we wait to publish more information about our event. Thank you for your patience!

In the past, SHA has held classes for community members to learn Hmong language, musical instruments, and cultural traditions like wedding and funeral practices! Due to lack of funding, interest, and demand for these skills, they currently have no class offerings.

Almost everything about the American winter holiday is different from the Hmong ancestral land/country. In fact, Holiday traditions and decorations, today, are almost entirely from the Hmong’s assimilating into the American way of life and adopting the holidays. For instance, in the Spokane area the Hmong now celebrate Christmas, make snowmen and decorate gingerbread houses. Due to the tropical climate of the Southeast Asian countries where the culture originated, there was no snow there. Also, because most of the Hmong were traditionally non-Christian and only knew about Animism and spirit worship, Christmas was not a holiday!

The biggest celebration for the Hmong community is the new year which has typically been celebrated the first weekend in December to match the actual worldwide celebrations as closely as possible. The new year is the time to celebrate after the harvest season and a way for young people to meet and find a spouse.

Hmong new year is the only celebration where everyone attempts to wear his/her best clothes or new outfits. The family’s jewelry also is brought out to be worn by the eligible young folks of the family ( as a way to attract a potential mate).

At Hmong new year, which has typically lasted up to one week, a few games are played. One is the spinning wood tops (called “tuj lub”) competition. Another is bull fighting (Although, that only happens in Laos, Thailand, China, and Vietnam). Another is a traditional “singing” competition between a male and female as they try to outdo each other’s song messages and “teasing” through word play (much like a dance or rapping “battle”). 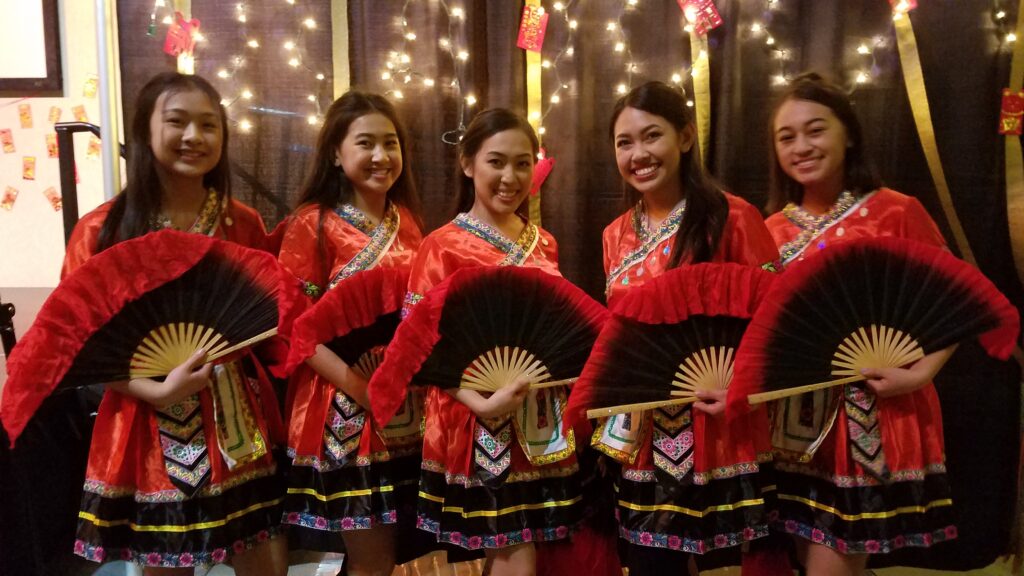